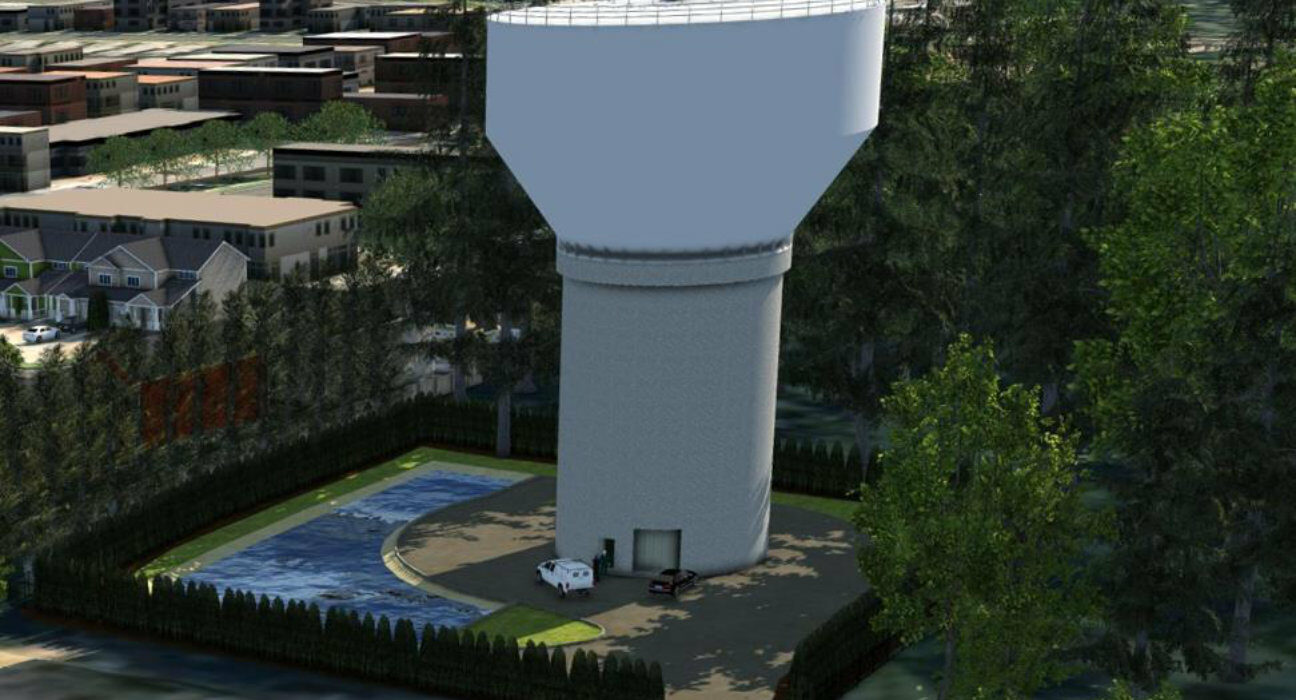 This contract provides for the installation of a new 1.25 million gallon composite elevated water storage tank and associated site utility and stormwater improvements, which includes a new 16-in diameter water main from the proposed tank to the existing water main on Intelco Loop SE, south of the tank site, new telemetry/SCADA controls for the tank, and onsite detention pond. Work to include meters, valves, connects to existing water system, catch basins, pavement, and lawn restoration, and onsite stormwater improvements.

The contractor, Phoenix Fabricators and Erectors, LLC and their subcontractor BOSS Construction, Inc will be getting started on site this week. The next couple of weeks they will be clearing out brush, installing fence, and removing trees.

The project inspector assigned to this project is Kevin Cools. If you have any immediate construction concerns about this project you can contact him at 360-239-2105.

The contract has been awarded to Phoenix Fabricators & Erectors.  We will hold a preconstruction meeting with the contractor later in April.  As soon as we have an anticipated schedule and start date we will post an update.